LGBT people are members of every community. They are diverse, come from all walks of life, and include people of all races and ethnicities, all socioeconomic statuses, and are from all parts of the country. According to the Williams Institute’s review, conducted in 2011, an estimated 3.5% of adults in the United States identified themselves as lesbian, gay, or bisexual and an estimated 0.3% of adults are transgender. The review reported that there are approximately 9 million LGBT Americans.

Although there is a paucity of national data, more than a decade of research indicates LGBT populations have been associated with high rates of alcohol consumption and substance abuse.

Sexual behavior, or sexual activity, differs from sexual orientation and alone does not define someone as an LGBT individual. Sexual identity is the personal and unique way that a person perceives his or her own sexual desires and sexual expressions.

Biological sex is the biological distinction between men and women. Gender is the concept of maleness and masculinity or femaleness and femininity. Gender identity is the sense of self as male or female and does not refer to one’s sexual orientation or gender role. Gender role describes the behaviors that are viewed as masculine or feminine by a particular culture. Transgender individuals are those who conform to the gender role expectations of the opposite sex or those who may clearly identify their gender as the opposite of their biological sex. In common usage, transgender usually refers to people in the transsexual group that may include people who are contemplating or preparing for sexual reassignment. A transgender person may be sexually attracted to males, females, or both.

Sexual orientation and gender identity are independent variables in an individual’s definition of himself or herself. How an individual learns to acknowledge, accept, and then act on a sexual orientation that is different from that of the majority is shaped by cultural, religious, societal, and familial factors. 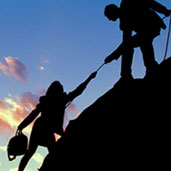 The goal of IMP is to provide the most up to date, evidence-based information for your continued learning. As part of that, IMP can provide additional resources like a full IMP Encyclopedia and multiple supplementary videos on the various topics covered in the courses.

By clicking the Resources menu, you will find information under the Advisory Groups, Encyclopedia, and Supplementary Videos menu items.

CGR Stop the Bullying: Building Resiliency in our LBGTQ Youth