This lesson will explore resistance in a Motivational Interviewing approach. We’ll look at the various techniques to lowering resistance and possible barriers to watch out for that could increase resistance. An opportunity is provided for you to practice responding to client statements of resistance and choosing the appropriate resistance lowering technique.

This module has been designed to conform to the WCAG 2.0 AA accessibility standards.
{{ formatEmployeeName(enrolledEmployee) }} successfully enrolled
Continue Course Take This Course
This course is only assignable via your agency.
This course is unavailable for direct enrollment, please contact the Community Mental Health Association of Michigan.

Review the Four Processes, Four Principles, and the Foundational (Micro-Skills) of OARS. We list the elements for each and provide you with the opportunity to test your knowledge in a multiple choice quiz.

All staff encounter resistance and client resistance is a normal result of unresolved ambivalence. MI sees resistance as something that happens between two people, not a trait of the client. It Is an indication that we are moving into an area the client is not ready to enter, but it is a counselor problem, not an indication of a problem client. We can roll with resistance by recognizing and responding to it using various techniques.

Motivational Interviewing points out the difference between reluctance and resistance to change.
We’ll explore the sequential steps for change and against change (11 steps total). We want to understand both sides of a client's ambivalence (for or against change) and reflect both sides back to them in order to avoid a push-push back scenario.

“Sustain Talk” and “Discord” are both being pulled out from the category of “resistance” which they have historically always been a part of. Sustain talk’s half of ambivalence should be approached in a way that influences the client towards change, rather than incorrectly labeling it as “resistance.” “Discord” should be approached as a breakdown in collaboration that requires attention and fixing rather than being a reflection of “resistance.”

Reflective Listening- A Simple Reflection or Repetition is a brief statement that just reiterates what the client has said.
Amplified Reflection- When a client is “minimizing,” we  can sometimes “amplify” what the client is saying by ramping it up to larger proportions. The goal of this is to influence the client into change talk through having them dial down your exaggerated (but not sarcastic) claim.
Double Sided Reflection- Sometimes clients will verbalize both sides of their ambivalence in one statement. Double Sided Reflection reflects both sides of the ambivalence we have heard, inviting the client to continue exploring both sides of their dilemma.
Shifting Focus- When a client gets upset to the point of being “tunnel-focused” on a certain subject try to move the conversation around that obstacle and back on a productive track without discounting or trying to justify their feelings.
Emphasizing Personal Choice- A client can elect to take the consequence rather than comply. Emphasizing personal choice and control can offer the client the ability to do what they want to do through telling them it is their decision, listing the consequences for that decision, and then re-emphasizing that it is still their choice. We provide examples of a client statement and give one way to ‘roll with resistance” for each resistance lowering technique.

“...the one thing we want to avoid - above all - is getting ourselves in a position where we are arguing for change and the client is arguing against change.” -Dr. Bill Miller

What People Are Saying 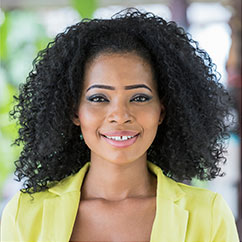 The module experience was a learning tool to further good practice in my work environment.